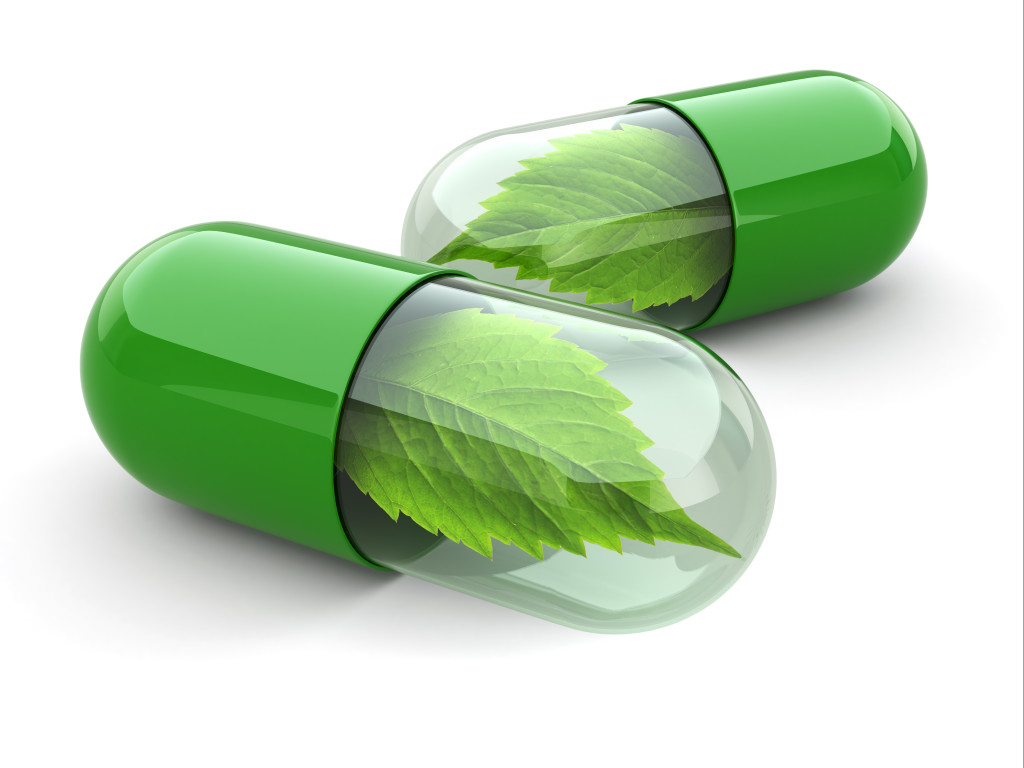 PROBIOTICS – live microorganisms that, when administered in adequate amounts, confer a health benefit on the host. The term probiotic was first used in 1954 and derives from the Latin preposition pro (“for”) and the Greek adjective βιωτικός (biotic), the latter deriving from the noun βίος (bios, “life”).

Probiotic organisms can be found in numerous products, such as foods or supplements. Different probiotic strains may confer different benefits on their host, thus not all probiotics are the same. Lactobacillus and Bifidobacterium species are commonly used bacterial probiotic strains, and Saccharomyces species is commonly used as yeast probiotics. In general, probiotic organisms act by i) interfering with growth of pathogens ii) contributing in the metabolic activities of their host iii) improving mucosal barrier function and mucosal immune system iv) having effect on the systemic immune system and function of other organs such as the brain.

Probiotics can support digestive health and/or immune function, for example by reducing antibiotic-associated diarrhea, by reducing digestive symptoms, strengthening the ability to fight off colds, promoting healthy vaginal and urinary tracts, and improving digestion of lactose. In addition, studies with infants show that probiotics can reduce the risk of eczema, symptoms of colic and necrotizing enterocolitis.

Fermented foods and undefined microbial populations such as fecal microbiota transplant are defined as not probiotic live cultures.

Probiotic foods and dietary supplements are considered to be safe for the generally healthy population. Individuals with compromised immune systems, pregnant women or infants should, however, consult a physician or the manufacturer prior use.

PREBIOTIC – a selectively fermented ingredient that allows specific changes, both in the composition and/or activity in the gastrointestinal microbiota (microorganisms), and confers benefits upon the host’s well-being and health.

Dietary prebiotics, typically non-digestible fiber compounds, act as food to stimulate the growth and/or activity of beneficial bacteria (such as Bifidobacteria or Lactobacillus). Natural dietary sources of prebiotic compounds include fiber rich foods such as vegetables, fruits, legumes, and unrefined grains (bran). As a functional component, prebiotics are often added to foods such as cereals, biscuits, breads, table spreads, drinks, and yoghurts. The most common prebiotic compounds include inulin, fructooligosaccharides (FOS) and galactooligosaccharides (GOS). It has been shown that certain prebiotics, consumed in adequate amounts, can improve digestion, prevent constipation, inhibit growth of pathogenic bacteria, improve insulin and lipid metabolism, and improve absorption of certain minerals such as calcium. 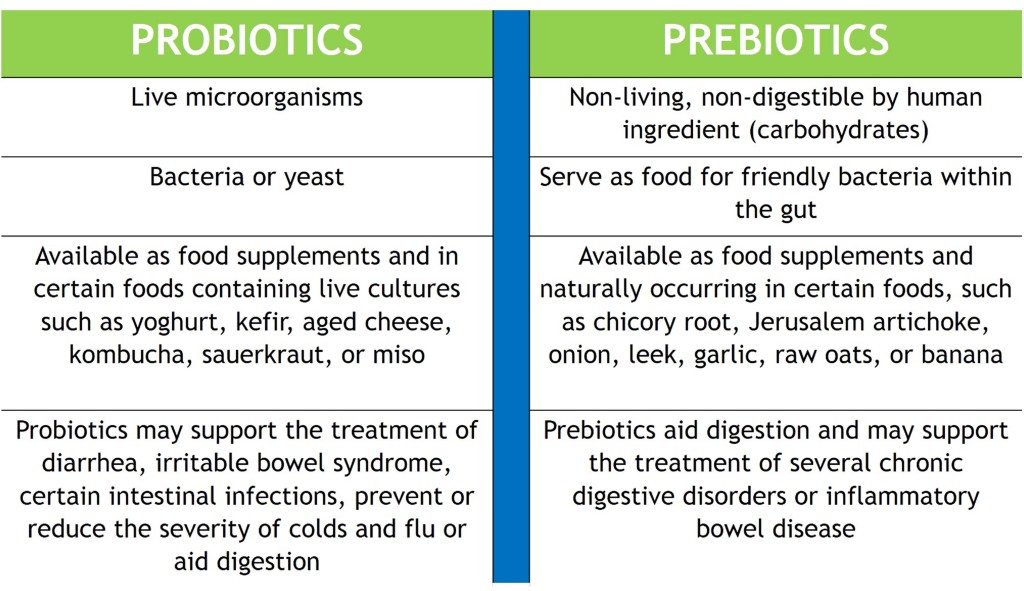 There are a lot of clinical studies being conducted these days to investigate the effect of probiotics in healthy individuals and in individuals with various conditions. Based on the current findings, I list below selected probiotic strains and their (potential) effect in humans.

Lactobacillus species belong to the lactic acid bacteria group and they reside typically in the small intestine, the vagina, and the urinary tract. They produce an enzyme, lactase, which breaks down lactose and other carbohydrates to lactic acid. Lactic acid creates acidic environment and helps keeping pathogens in check, also it increases absorption of calcium, iron, copper, and magnesium. 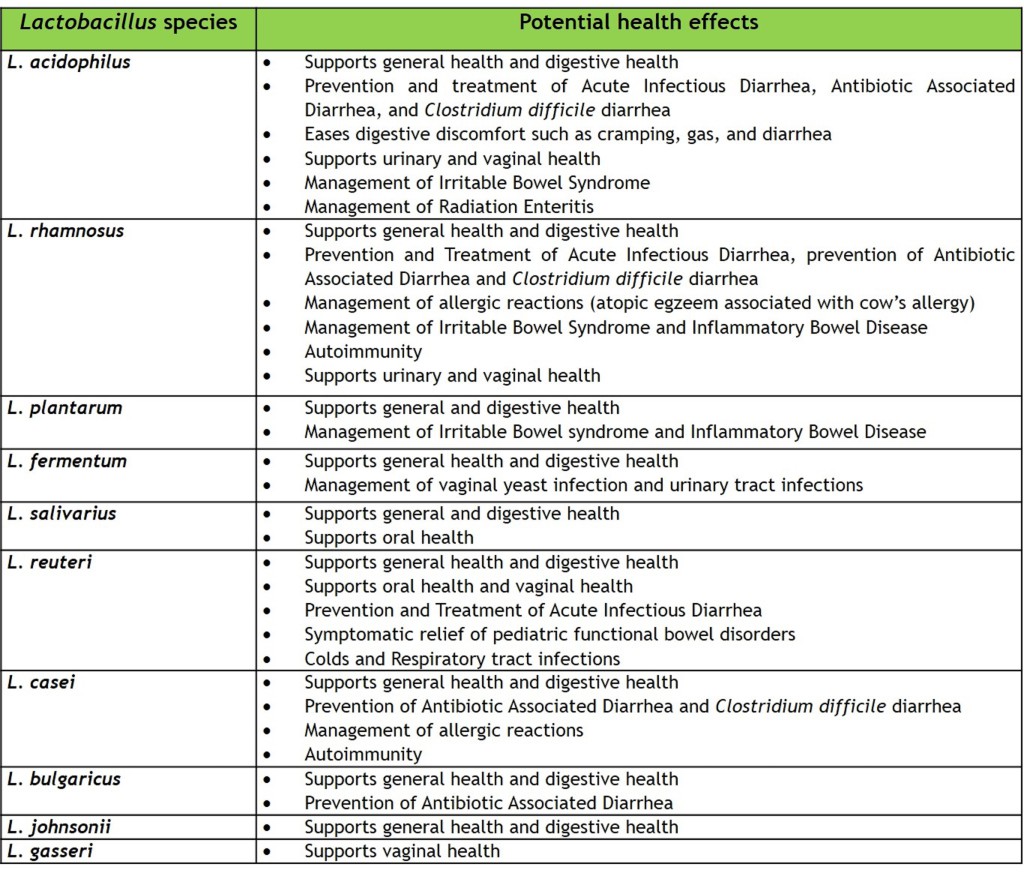